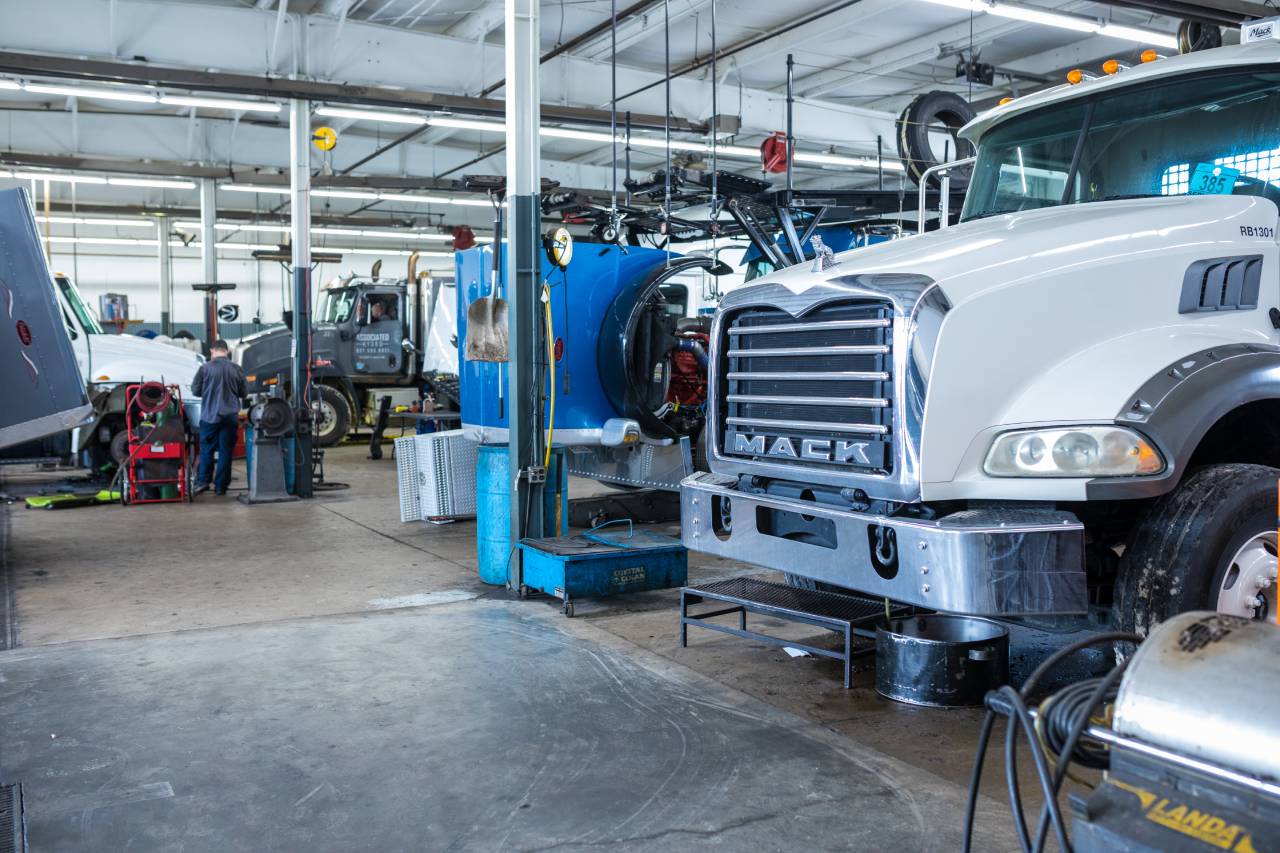 Most trucks feature four ball joints: two load-carrying and two followers. Due to the weight of the front truck that rests on them, the load-carrying ball joints are much bigger and incur a greater rate of wear and strain. Because damaged ball joints do not necessarily signal deterioration, they should be properly examined and replaced as soon as possible during routine vehicle maintenance.

Continue reading to learn how to tell when they need to be replaced. We'll also talk about whether or not you'll need to replace all ball joints at the same time if one is damaged.

How can I tell if my ball joints need to be replaced?

The steering knuckle is connected to the control arm via a ball joint. It is a flexible joint prone to significant wear and tear due to continuous movement. The lower ball joints bear the weight, while the top ones function as a second pivot point for the steering knuckle in most vehicles.

Some trucks have grease fittings on their ball joints, which must be greased regularly, while others have non-serviceable ball joints that are greased at the factory and sealed with a dust boot. Dust and other contaminants are kept out of the ball joint by the dust boot.

Even though ball joints do not need to be changed, they periodically fail over a truck's lifespan due to friction and movement. Furthermore, since they bear the brunt of the truck's weight, load-carrying ball joints wear out quicker than their follower counterparts.

If any of the following applies, you should replace the ball joint:

A ball joint is essential for a safe and comfortable ride. You'll notice the following when it's damaged:

It isn’t always obvious when your ball joints are worn. In some situations, symptoms may arise only after it is too late. A visual assessment may not be accurate in determining the state of the ball joints since a complete examination would need hoisting of the vehicle. Furthermore, for examination, load-carrying ball joints must be emptied.

Regular examination of your vehicle will detect any faulty ball joints in a timely manner. You may have the ball joints examined every time you bring your vehicle to the shop for regular maintenance, such as an air and oil filter replacement.

Since ball joints that are worn out make it difficult to steer and control the vehicle, it's best to repair ball joints as soon as they show signs of deterioration. Furthermore, repairing the ball joints will save you money by avoiding additional damage to your vehicle.

Do you need to replace all of the ball joints in your truck?

Ball joints should be replaced in pairs because if one is worn out, the other is likely to be worn out as well. Replacing the ball joints in pairs eliminates the risk of another ball joint failing soon after. Furthermore, since the repairs are completed once, it saves the vehicle time and money at the repair shop.

For repairs, it's a good idea to get high-quality replacement components; they are more expensive but will last longer.

Ball joints are typically anticipated to endure 70,000 to 150,000 miles of driving. However, the actual lifetime of your truck's ball joints is determined by your driving patterns, road conditions, and environmental exposure.

Potholes, rough rural gravel roads, and road salts may cause the ball joints to wear out prematurely. Furthermore, since the right-side ball joints encounter more rotational wear due to sharper right turns, ball joints on the left side of the vehicle may last longer than those installed on the right side. Nonetheless, since lower ball joints are exposed to more road salt, they will wear out quicker than higher ones. 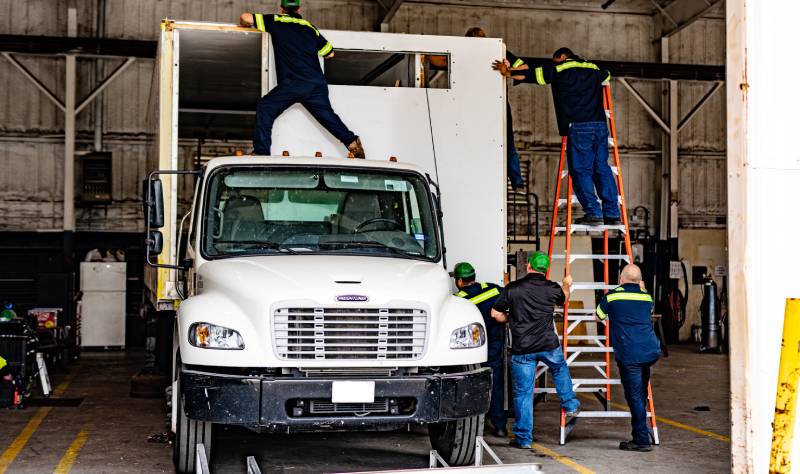 In order for your truck and trailer to run smoothly, they must both receive adequate maintenance and repair when necessary. Even though today's trailers are made to endure longer, they still need maintenance. The following trailer maintenance advice might help you keep your trailers in good working order at all times. 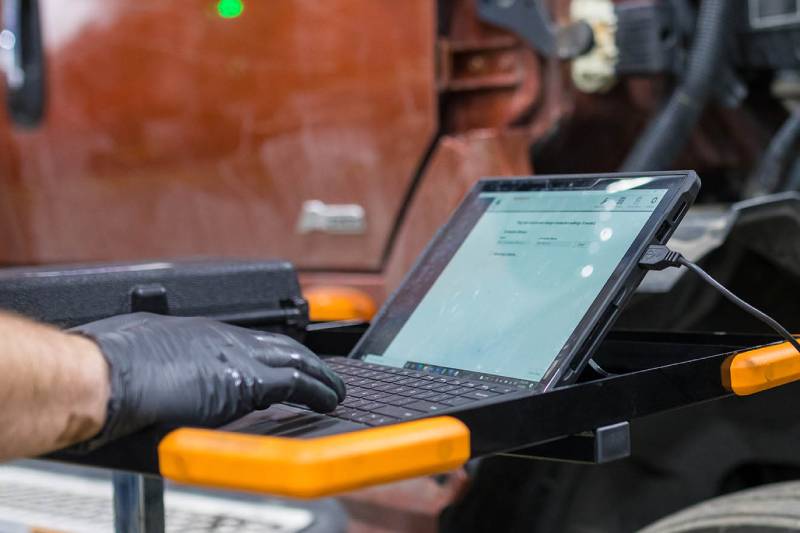 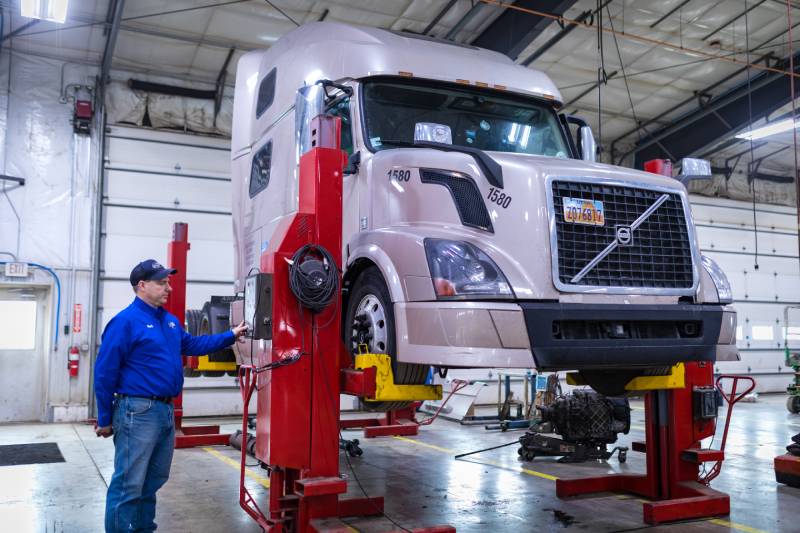 Managing a fleet of heavy-duty trucks is not easy, and it’s not always possible to do it on your own. Fortunately, truck fleet maintenance providers make it easy! Although there are a wide variety of fleet maintenance service companies to choose from, not all of them will be the right fit. In this article, we will be sharing some tips on how to pick the fleet maintenance company that’s right for you.